Another interesting feature of SQL Server Data Tools (SSDT) is a unit testing. SSDT enables to develop and execute unit tests interactively in Visual Studio. You can write tests for stored procedures, functions and triggers.

To create a simple database unit test project you need Visual Studio + SSDT, of course, and a database project (how to create it I wrote in this post). 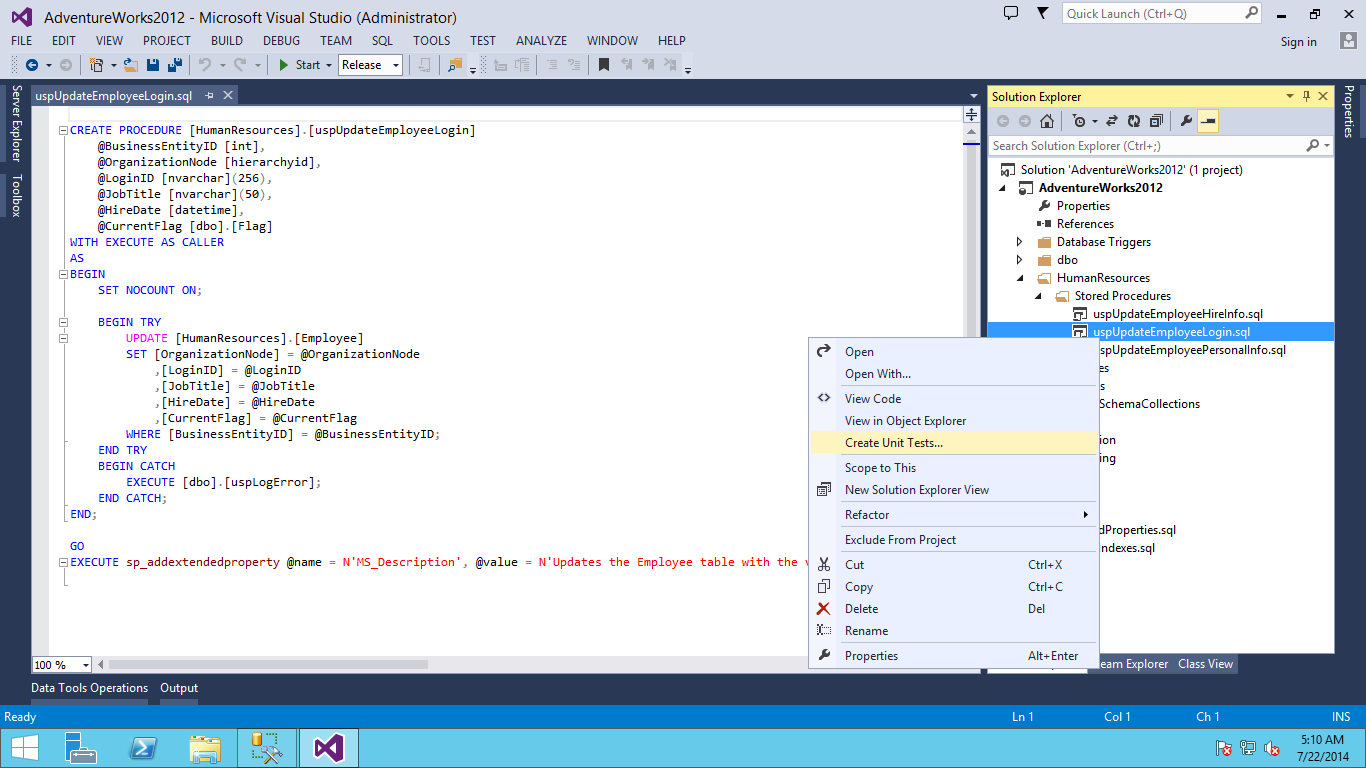 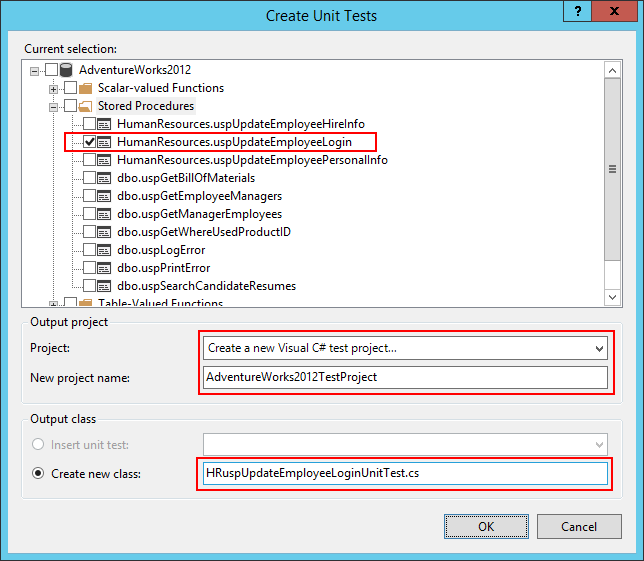 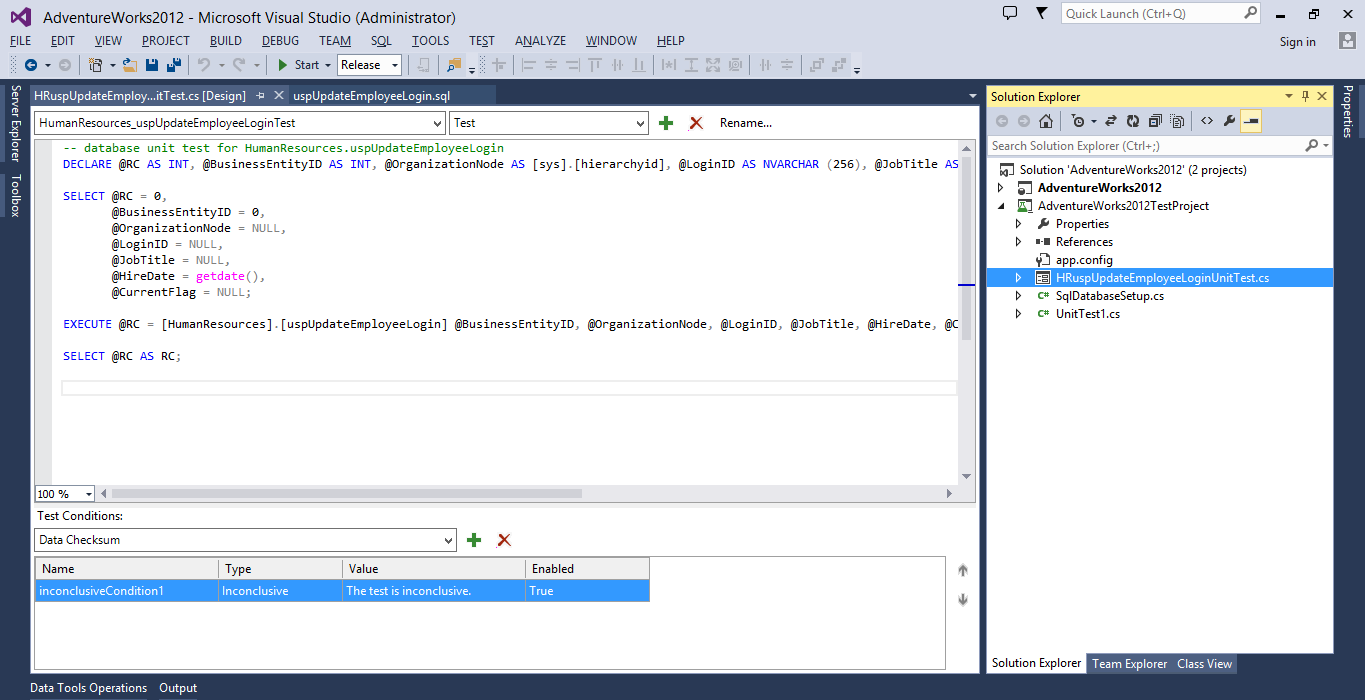