One of the method to test the functionality of dependent objects is to use fake objects, i.e. we use a stub function instead of a real one. In this post I’ll show how to substitute a function with a fake.

I’ve created a very simple function that multiply an integer value by 2.

Transact-SQL
I’ve created a simple unit test for that function in SQL Server Data Tools with the only test condition to check that 1 * 2 = 2. 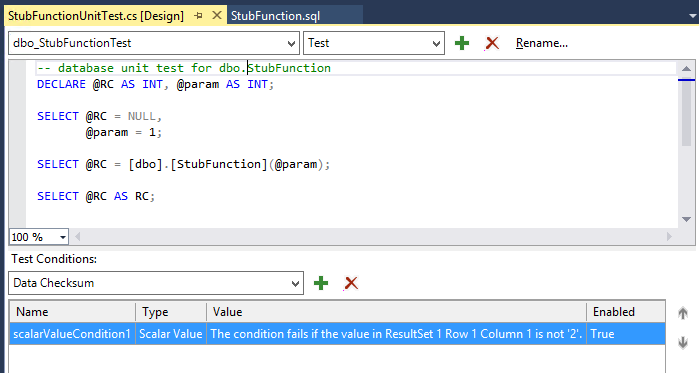 My test passes. Now I want to replace my function with a fake that will always return a value 2.
This can be made in pre-test section by renaming the real function and creating a stub.

There’s two important things in this script:
In post-test section I safe-delete my stub function and revert the name back.

The test passes. That’s all right!
Using a fake object allows us to test each database object separately but it needs some efforts from a developer.